I Used to Be a Good Girl

I used to be a good girl. It feels weird to say that because in some ways I still am. But in others, that part of me has died.

On September 8th, 2017 I turned 30 and my journey of becoming a woman got real. I celebrated my birthday along the coast of the Pacific Ocean, traveling between San Francisco and the Redwood Forest.

I was sitting in the passenger seat while bae drove us around a deep bend in the road. As we came out on the other side, there was the Ocean.

I was undone by the beauty.

It was the type of natural beauty that leaves you speechless and reminds you that surely, there is a God. When I saw it my jaw dropped to the floor and my heart almost exploded. One of the first pictures I took of the Pacific Ocean. Trinidad, CA

Even as I write about it now I get teary eyed.

Somehow, even with this life changing view in front of me I thought 30 was going to be business as usual. I was wrong.

As if the ocean was a prophecy, 30 would baptize me into knowing myself like never before.

And I’m not the only one who feels this way. My friend Marquisha said, “30 showed up and said ‘nope, not like this.’”

Our other friend Dani agreed saying, “30 came through with a vengeance and must be listened to.”

This sacred new year of my life challenged everything I thought I knew, throwing me into the fire and completely destroying everything that wasn’t my authentic self.

No more people pleasing, period! No more following predetermined rules. No more blindly believing societies lies. No more being bound by the need to look good.

30 shook me to my very core, demanding that who I really am come forth, NOW. Unapologetically. With no chill.

I wish I had time to tell it all. The love, the pain, the joy, the sex, and the pressure that got me to this place. But that would take a whole book about the things no one tells you about becoming a woman.

Instead, I’ll share three areas where I learned to define my own rules and how it has changed the trajectory of my whole life and my business. 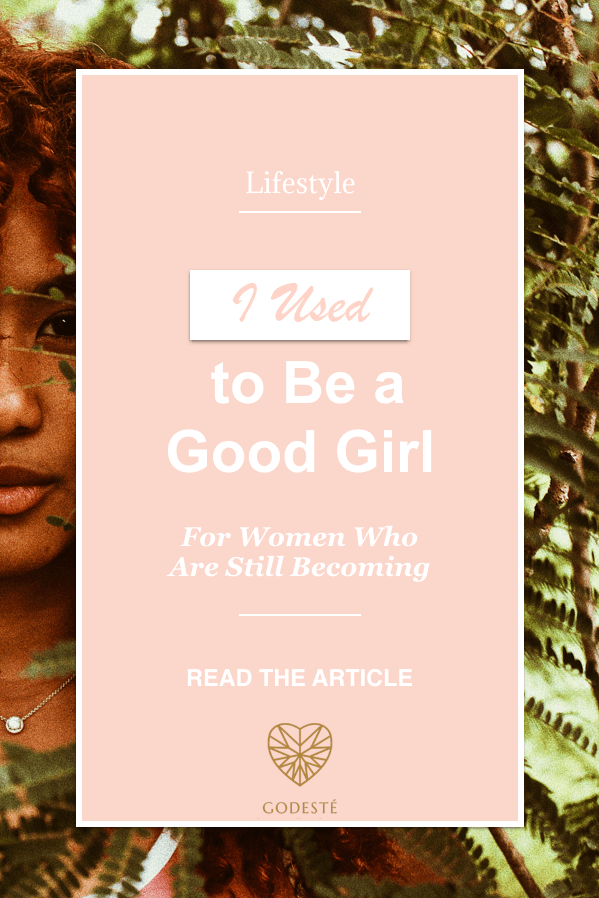 “Tasha, if you ever want to get a job, you have to pay attention to what other people think of you,” my dad said, giving me a look that let me know he was sharing some of his most prized wisdom.

I was ten years old at the time and I didn’t know why but I knew beyond a shadow of a doubt that I wasn’t about to create my life around what other people thought.

But somewhere along the line, that changed.

Eventually, life taught me that being me wasn’t always acceptable or most conducive to the outcomes I wanted.

Where did I learn this? Walk with me. I’m sure you’ve seen it before.

There I am sitting at the dining room table eating lunch and talking with my mom.

“Ring, ring,” the house phone interrupts our conversation and my mother reaches for the caller id.

“Who is this?” She asks out loud. And before I knew it she answered the phone and said, “Hello?”

When she said hello it was as if she was a different person. Who the heck was this woman? That was not my mom’s normal voice…

When she had a customer service problem that she needed to solve she said, “I need the number to your corporate office,” in her white voice.

When she was meeting with officials from my school, there it was again.

I learned that her normal voice, her normal face, and her normal ways of being weren’t okay in all situations.

When it was important, when white people were around, when it really mattered that she was professional… she was different.

So without even realizing I picked up my own white voice and my own white face. And I took it with me into my first corporate job.

And everyday I hated myself.

Well, I didn’t hate myself for real. That’s just me being dramatic. But I was truly uncomfortable.

I know some people can find merit in changing their behavior to fit the circumstances. But this was more than that.

There was a sense that who I was wasn’t good enough, and I needed to be different.

My blackness felt odd, uncomfortable, and out of place. And it wasn’t the last time I would feel out of place and choose to wear a different face.

Have you ever felt the pain of taking on different beliefs from the ones yo momma taught you growing up?

In some ways it was exciting, but in others it felt like a betrayal to some of the things I once held most dear.

How I saw myself had changed. My spiritual expression was different. The foods that I ate were very different. And most importantly… I had sex, smoked hookah, and sipped margaritas.

There were times I felt like I no longer belonged to the world that had birthed me because the expectations were too deep and my truth was too different.

Instead of sharing openly about where I’ve been, what I’ve learned, and where I may be going, I just decided to keep on my good girl face so I never really had to confront it. Or argue about it.

That was an easy way for me to keep things drama free.

But again, I felt myself hiding.

At 30, I decided to be done with that. What was the benefit of letting people think they knew me when they really didn’t?

The things that I’ve learned on my journey to becoming a woman are so real and vibrant.

I want women to benefit from my voice and not languish in my silence.

But how could I share the woman I had become with people who already loved the girl I was?

To be honest, it was tough. I didn’t want to be a disappointment.

But instead of hiding, I started sharing.

I talked to my aunts about God, my mom about sex ::gasp::, my sisters about love, and my friends about the mysteries of womanhood. Like my premenstrual mood swings!! OMG! Where did those come from?

Not only did I start to feel free, but the people around me were able to have conversations that they never felt comfortable having before.

Sure, some people think I’m too open, too extra, too accepting, and sometimes just too much. But there are definitely worse things in the world than being too much. Like being too little.

This year, I basically didn’t work.

Technically, I did work. A lot.

I completed a leadership development program, I coached one of the hardest programs of my life, I tested different products, I led a 90 day group transformation program and I explored the things that felt most fulfilling in my business.

But there were many days that all I did was feel.

At the beach, in the park, on top of a mountain, inside of cave, under a waterfall, gazing at stars, bathing in the sun, or anywhere else I could.

It’s not that I didn’t want to work. I love working and I’m really good at doing stuff.

But I stopped because I no longer believed the bold faced lie that hard work pays off.

I mean, it’s obvious that it’s not true. And I have the receipts to prove it.

From then on, I spent my whole life chasing wealth and prosperity.

That’s 21 years. Basically, my desire to build wealth is the legal drinking age.

I didn’t know any wealthy people, but I had an idea of what the American dream was all about.

I thought that could be my ticket to a better life and it had me chasing achievements like my life depended on it. Because I felt like it did.

There is this pervasive notion that poor people are where they are because they don’t work hard enough.

And when poor people look like they’re enjoying life at all, there’s a problem.

That’s how I felt… about myself. (Obvs I’m a Virgo)

But the truth is, poor people work harder than anyone just to survive. I saw my dad working not just one job, but sometimes two. Just so we could have the basics.

Not to mention the magic my mom worked as a full time caregiver of 4 children.

And both of them are working hard to this day.

So on one hand, I didn’t want to wait for some magical accomplishment to happen before I could start enjoying my life.

Especially since that whole American Dream thing is just a fairy tale anyway.

I wanted to travel now, relax now, and spend time with friends now. But every time I did, I felt guilty.

How could I enjoy my life when my business isn’t where I want it to be.

It seemed as if my options were to either work myself to death as an entrepreneur until I’m rolling in success or give my life away and work for someone else.

I decided that I wasn’t going to let my wealth or even my work define my worth. And I already know it’s going to piss people off.

30 taught me that the skills I used to survive were not the same skills I would need to thrive.

“What if doing could only get me so far?,” I thought to myself. “What if becoming the woman I was born to be is the key to unlocking everything that I want in this life?”

I was raised in a church that said I was already righteous and worthy and deserving… but somehow, it didn’t sink in.

30 found me settling into my inherent worthiness and learning how to flourish in my beingness.

I want my work to be inspired by faith and not fear, worry or anxiety.

I know I said I had 3 rules to break, but I’ve already said so much.

I could tell you more about when I quit my job, lost 6 million dollars, when I had sex for the first time, or when I fell in love with a man who never let’s me settle for less than my best… but I told you that  would take all day.

For now, just know that there are no rules that can contain you.

If you stopped caring about what other people thought and realized that you are already worthy of what you want, your life would be different.

I’m not where I want to be yet, but the rest of my 30’s are about aligning who I am to what I want, and figuring out how I can get it effortlessly.

The struggle bus they sell so hard isn’t for me. So if I’m gonna struggle, it’s going to be in service of becoming the highest and most bad bitch version of myself.

Stop looking for rules to follow, and figure out which ones you should break. If you do that, I promise your life would get way more interesting and much more fulfilling. 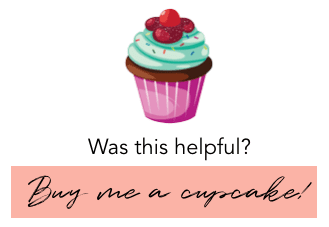 5 Things to Do Before You Learn How to Start Investing

3 ways to Budget an Inconsistent Income 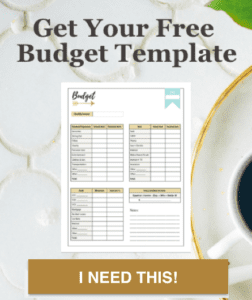 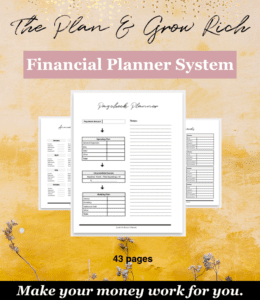 Let’s Talk About Your Future 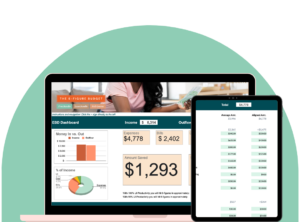 It’s one thing to have a budget, but it’s another thing ENTIRELY to make it come to life.

For most people, that’s where the disconnect is. Not the budget itself.

Our Beyond the Budget Blueprint is specifically designed to help you fall in love with your budget and bring your goals to life.